International Year of Peace and Trust: I Am Malala 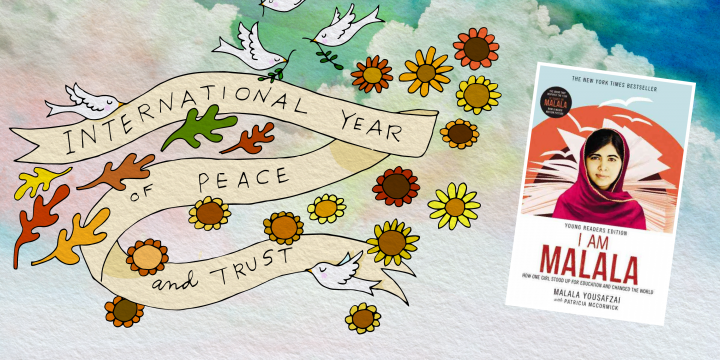 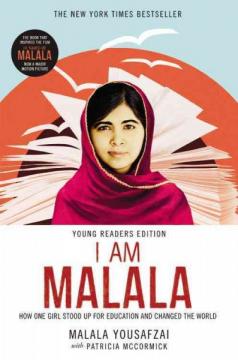 I Am Malala: How One Girl Stood Up For Education And Changed The World by Malala Yousafzai with Patricia McCormick

Malala Yousafzai, now known simply as Malala, is an international symbol of peace. She will turn just 24 years old this month.

In October 2012, she received a worldwide outpouring of support when a Taliban gunman attempted to assassinate her in retaliation for her activism for the right for women’s education. The wound rendered her unconscious and in critical condition. It would take many months of surgeries and rehabilitation for her recovery.

"ONE CHILD, ONE TEACHER, ONE BOOK, ONE PEN CAN CHANGE THE WORLD."
–MALALA

“It was then I knew I had a choice,” recounts Malala. “I could live a quiet life or I could make the most of this new life I had been given. I determined to continue my fight until every girl could go to school.”

Her autobiography will make you believe in the power of one person’s voice to inspire change in the world. I Am Malala tells the remarkable tale of a courageous family uprooted by global terrorism. Malala’s father, Ziauddin Yousafzai, himself a school owner, encouraged his daughter to write and attend school. Both parents championing their daughter with a fierce love in a society that prizes sons. At 16 years old, Malala became the youngest person to receive the Nobel Peace Prize.

international year of peace and trust
reading
book recommendations
Comments and postings by library patrons do not necessarily reflect the official position of OCLS or its staff. All comments and posts are public records. Patrons are strongly encouraged to protect their privacy when commenting or posting on social software tools.
About