International Year of Peace and Trust: The Peacemakers & You Can't Be Neutral on a Moving Train 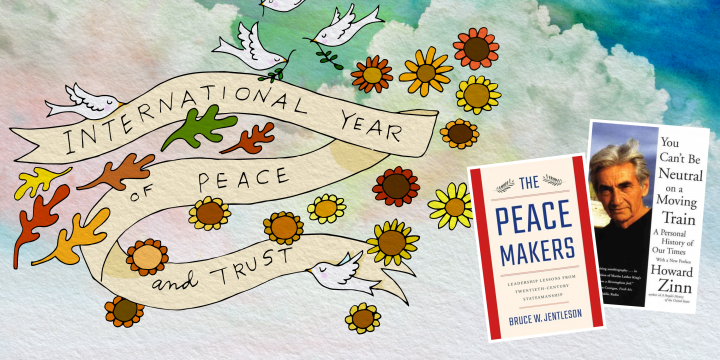 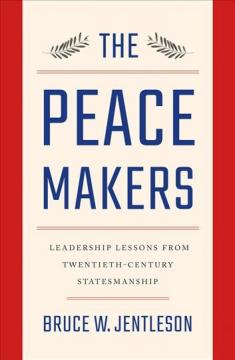 In the 20th century, great leaders played vital roles in making the world a fairer and more peaceful place. How did they do it? What lessons can be drawn for the 21st century global agenda?

Those questions are at the heart of The Peacemakers, which is reminiscent of John F. Kennedy’s Profiles in Courage, but on a global scale. Jentleson profiles Gandhi, Nelson Mandela and Lech Walesa, among others. In the book, the author
shows how 20th century leaders of a variety of types – national, international, institutional, sociopolitical, nongovernmental – rewrote the zero-sum scripts they were handed and successfully made breakthroughs on issues long thought
intractable. 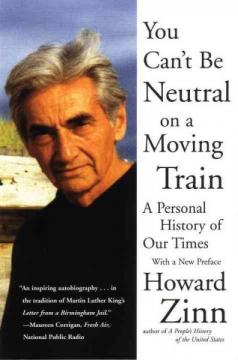 Howard Zinn (1922–2010) was an American historian, playwright, philosopher, socialist thinker and World War II veteran. He was chair of the history and social sciences department at Spelman College, and a political science professor at Boston University. His book A People’s History of the United States, a scathing deglorification of our country’s history, is often assigned as a textbook.

In You Can’t Be Neutral on A Moving Train: A Personal History of Our Times, Zinn tells personal stories about more than 30 years of fighting for social change, from teaching to protests against war. Zinn emerged in the civil rights movement
as a powerful voice for justice. Although he’s a fierce critic, he gives us reason to hope that by learning from history and engaging politically, we can make a difference in the world.

“...the tiniest acts of protest in which we engage may become the invisible roots of social change.”
– Howard Zinn, You Can’t Be Neutral on a Moving Train

Read to Understand: Peace & Trust is a yearlong series in recognition of the International Year of Peace & Trust as designated by the United Nations. Art by Dawn Schreiner.

international year of peace and trust
book recommendations
reading
Comments and postings by library patrons do not necessarily reflect the official position of OCLS or its staff. All comments and posts are public records. Patrons are strongly encouraged to protect their privacy when commenting or posting on social software tools.
About